In an experiment with Approximate Bayesian Computation and R packages, I uploaded a new R package of my own to GitHub a few days ago named bcf for Bayesian Coin Flip. It simulates -person games of skill, approximating these games as multiple players flipping coins with different “fairness parameters” . The first player to obtain a “Heads” result first wins, dealing with ties in a sensible way.1

The ABC concept is well explained in a pair of articles. First, Rasmus Bååth introduces ABC through an exercise involving mismatched socks in the laundry (thanks for pointing me to this, Kenny). And Darren Wilkinson also does a nice job explaining how ABC works.

As far as bcf is concerned, the probability of a coin coming up Heads is picked from a distribution assigned to each player, . The package then simulates a set of games using these parameters and provides samples from the joint distribution . Finally, by keeping only the data that match an observed result, we end up with a distribution proportional to the posterior .2

I built the package to better understand ABC and to humorously model our office’s dart-playing abilities. To keep things simple, the bcf package only provides a few functions: We can initialize a player, run a game, and use the results of the game to update a player’s statistics.

A basic game might go like so: We assume a pretty weak prior () for each player before running a few games. After each game, we update the involved players.

In practice, I think it’s pretty easy to use. First, instantiate a few players:

Then simulate three games for which we already have results:

bcf then provides methods for examining both players and games: 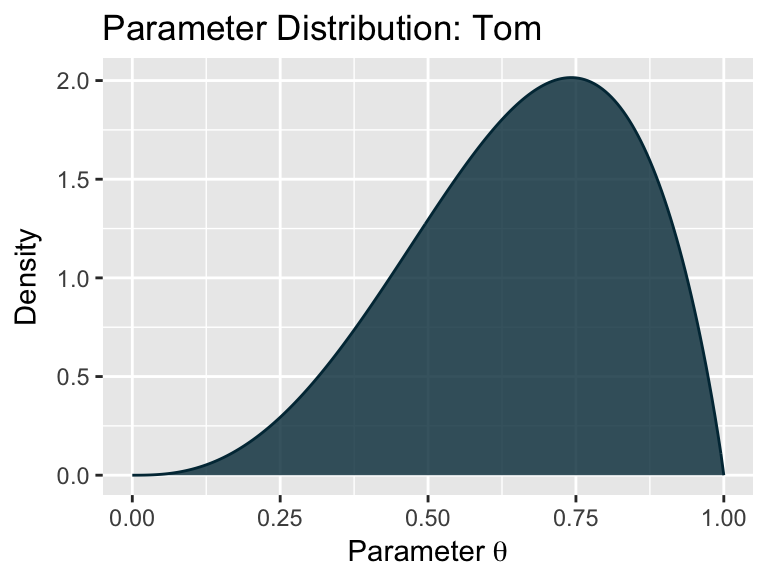 This has been a pretty fun experiment in ABC and in R packaging. I’ll update this post if I ever return to the project.